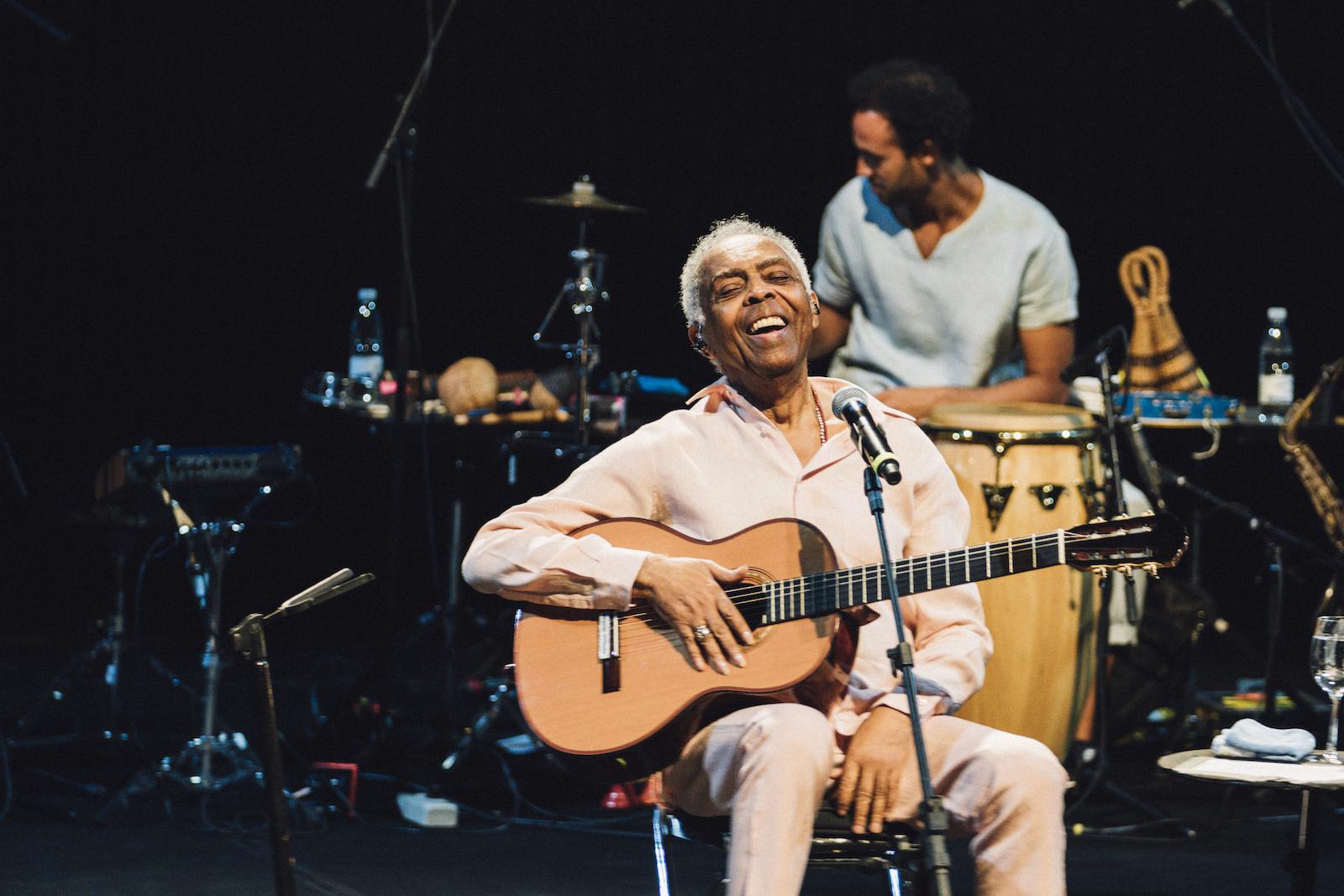 Former Brazilian Minister of Culture and one of the biggest musical figures of his home country – Gilberto Gil – returns to DR Koncerthuset for two exclusive nights in March 2020. The revolutionary icon brings along his complete band alongside a selection of classics as well as new songs from his Grammy-awarded album “OK OK OK”

NB: The first show on March 14 is already sold out, and it is with great excitement that DR Koncerthuset and Copenhagen Jazz Festival are able to present an extra evening with Gilberto Gil on the following day. Tickets for the extra concert are available from 10:00 AM on Monday, January 13.

Gilberto Gil has the gift of incorporating every aspect of daily life into his work. From family life to political, social or cultural movements that characterizes his time, everything is an inspiration for a new song, an idea for a melody, an ingenious harmonic movement.

Gil has already sung the songs from the northeast of Brazil, that live in his childhood in Ituaçu, and in his immortal admiration of Luiz Gonzaga. He has sung about technological developments and their impact on the human journey. He has immersed himself in the depths of being, celebrating feast and faith. From tropicalist electric guitars to the intimate acoustic guitar, his integrity and commitment to the goddess of music is unshakable. Gil is not afraid of death and not afraid of life. Thus begins a new phase in his career: the first album of old age.

OK OK OK brings family, close friends, the illness he experienced and those who helped him through it. At the same time, he questions the need for having to take a stand as demanded by society. The arrangements amplify his iconic interpretation in voice and guitar. The musical production by his son Bem and the participation of friends and family stand out in the intimate aspect of this work.

With horns, backing vocals, keyboards, guitars and percussion, Gilberto Gil proposes to the public his interpretations of the particular universe of OK OK OK together with a selection of his classics that are already part of the life and history of Brazil. Old age is not an obstacle to vitality in his performance, but rather a nuance in the infinite tiers of an artist who continues to experiment under any circumstance.

The Latin Grammy Award for Best MPB Album was won by Gilberto Gil´s 2019 release of “OK OK Ok”. An honor presented annually by the Latin Grammy Awards, a ceremony that recognizes excellence and creates a wider awareness of cultural diversity and contributions of Latin recording artists in the United States and internationally.

By popular demand the award winning album and show that toured Brazil and Europe last year will be recorded at one of the most prestigious concert venues in the world, when Gilberto Gil returns to Copenhagen Jazz Festival and DR Koncerthuset in Denmark.